"Romeo and Juliet" and "Pyramus and Thisbe"

William Shakespeare’s play Romeo and Juliet revolves around the heart-rending demise of lovers whose lives were characterized by warring kinsman relationships. The existence of an ancient bitterness between Romeo and Juliet’s families prevented them from marrying each other openly. The two principal characters in the play have become the most recognizable symbols of prohibited love. The Pyramus and Thisbe revolve around a tender-aged Babylonian couple that was deeply in love but whose families loathe each other.

The story got translated by Rolfe Humphries, and it highlights the struggle that star-crossed fresh lovers went through in the quest to be together. Given the significant family feuds, the jinxed lovers interact through the cracks in the wall that separates their living areas until they finally decide to elope. The story ends with the death of Pyramus and Thisbe, who stab themselves and eventually take their lives due to the enduring the prohibited love that they shared. In the two stories, love between the protagonists was forbidden due to deeply-rooted and long-standing family misunderstandings. In addition, there was significant pressure from the family and parental control over the love life of the main characters. Additionally, both stories exhibit a disastrous ending of blossoming love shared by young people. The resolve of this essay, therefore, is to compare the similarities between the two romantic plays by discussing the nature of forbidden love, the influence of parental control, and the ultimate fate of the stories.

In the play Romeo and Juliet by William Shakespeare, the author focuses on the impermissible love that the two principal characters shared. Romeo and Juliet secretly maintained their relationship in spite of the significant opposition and pressure from family (Shakespeare, 2014). Mercutio praises Romeo as a wonderful lover and he is quoted saying; “You are a lover; borrow Cupid's wings, and soar with them above a common bound” (Shakespeare, 2014). Juliet is ready to die for Romeo. She is cited saying, “Go ask his name: if he is married, my grave is like to be my wedding bed” (Shakespeare, 2014). In Pyramus and Thisbe, the principal characters also shared abundant love.

However, they never lived up to share their exceptional love because their families hated each other. It also resulted in Pyramus and Thisbe being barred from getting married which was a similar case in Romeo and Juliet. The two star-crossed lovers are forced to talk through a fissure in a wall that separated their houses. Pyramus is quoted saying “Apparently no one thinks it's weird to talk to a wall” (Bulfinch, 2015). In addition, Thisbe genuinely loves her fiance? and she is quoted comparing Pyramus’s love to hers; “I too can be brave for once, and my love is as strong as thine” (Bulfinch, 2015).

The issue of parental control emerges as greatly emphasized in the two stories, both in Romeo and Juliet and Pyramus and Thisbe. According to Shakespeare (2014), both Romeo and Juliet were denied the pleasure of being together due to stringent parental control. The restrictions came as a result of the long-standing family antagonism and differences that had been in presence for many years. The situation of significant parental control results in the significant inherent rebellion and opposition from the children who want to prove themselves. Romeo is quoted saying “Is it even so? Then I defy you, stars!” (Shakespeare 2014). In addition, Romeo is also quoted saying “The fearful passage of their death marked love, and the continuance of their parents' rage, Which, but their children's end, naught could remove”. In the Pyramus and Thisbe, the two ill-fated lovers would most likely have been happily married if it had not been for the parents who outlawed the marriage. After the death of her fiance?, Thisbe is quoted saying “And ye, unhappy parents of us both, deny us not our united request. As love and death have joined us, let one tomb contain us “(Bulfinch, 2015). In addition to this, it is evident that rejection by the parents serves to increase the strength of the relationships. Upon stumbling over the dead body of Pyramus, Thisbe indirectly blames his parents for the loss, and she is quoted saying "O Pyramus," she cried, "what has done this?” (Bulfinch, 2015). 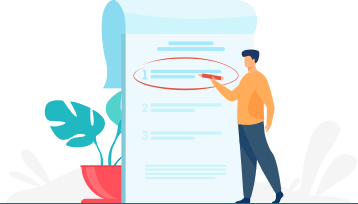 In both Romeo and Juliet and Pyramus and Thisbe, the story ends with the tragic death of the two star-crossed lovers. In the latter, Thisbe terminates her life after learning that Pyramus has taken his because of her. She is quoted saying "Thy own hand has slain thee, and for my sake, I will follow thee in death” (Bulfinch, 2015). In addition, the death of the two principal characters in the story results in the reunification of the two embattled families in the end. Their death was thus the significance of the love struggle that they had gone through and Thisbe is quoted saying “As love and death have joined us, let one tomb contain us” (Bulfinch, 2015). The deaths of Romeo and Juliet are also a result of the struggle between the tender-aged lovers whose love life was dictated by their guardians’ wishes. Friar Laurence, the priest that had married Romeo and Juliet are quoted saying “Romeo, there dead, was a husband to that Juliet; And she, there dead, that Romeo's faithful wife” Shakespeare (2014). Romeo finally kills himself due to the loss of Juliet. He is quoted saying “Why I descend into this bed of death, Is partly to behold my lady's face” (Shakespeare, 2014).

Both play Pyramus and Thisbe and Romeo and Juliet, are characterized by strict parental control, outlawed love, and tragic end. The two stories are similar in nature because of the similar hardships that the principal characters go through before eventually passing on.

ORDER NOW LIVE CHAT
“A Rose for Emily” Next