“The Story of an Hour”

“The Story of an Hour” by Kate Chopin

Kate Chopin wrote “The Story of an Hour” in 1894. During that period, women were not empowered therefore they had little or no influence in the society. Their husbands were the only decision-makers both at home and in the community, thus they were expected to remain submissive and totally respect them. It is a short story based on time, it describes a woman’s health condition, which is deteriorating, especially after she received the news of her husband’s death. Mrs. Mallard’s husband was believed to be killed in a railroad incident. That was the worst news Mrs. Mallard would ever want to hear because a spouse is a special part of a woman’s life. The dreadful news was delivered by her sister. Unfortunately, after several years, Mr. Mallard comes back, which subjected his wife to a lot of shock and terror. From the play, Mr. Mallard is portrayed as a person who had suffocated his wife, his death relieved her.

This paper seeks to assess and evaluate the impacts of the loss of one’s spouse on the other partner and how they move on with their lives. It also aims at bringing out the dramatic situations Mrs. Mallard undergoes from the time she received the sad news to the reemergence of her husband. Additionally, it seeks to establish how Mrs. Mallard perceived the news and what turned out to be the reality. This paper also examines the limited space and time women were offered to advocate their ideas. They were not heard at all.

When Mrs. Mallard received the news of her husband’s death, she was terrified and ended up locking herself in the house (Chopin 1). She did not want to face the reality. Her sister, friends and relatives expected her to be depressed for a long time and thought that it would be hard for her to move on. While people were sympathizing with her, Mrs. Mallard was a happy woman because she was now free. She even whispered the word “free” several times without knowing because all the burden and suffocation from her husband was over (Chopin 1). Mrs. Mallard did not mourn for long, she knew what she wanted to do for the society where women were less recognized.

Kate Chopin portrays Mrs. Mallard as a person who was surviving in her marriage. When Kate says that Mrs. Mallard would smell a delicious breath of rain that was in the air, she shows her as a creature that has come out of a cocoon (Chopin 2). Kate further says that Mrs. Mallard saw the tops of trees with new spring life. This meant that Mrs. Mallard welcomed a new chapter in her life - spring, while burying an old one - winter. Her husband is a representation of winter. It is not in the human nature to be excited when a loved one is pronounced dead, but for Mrs. Mallard it was different. She knew that the society needed her to advocate for women’s oppression which they could not do if they let their men rule over them. Despite her determination to break the norm and show the men how knowledgeable and imperative women are, she maintained her position in the society as a woman. It was the expectation of many to see her do unscrupulous activities now that she was a widow, the head of her household and that she was not answerable to everyone. They expected to see her fight men, but Mrs. Mallard remained faithful to her cultural beliefs although she bended a few rules. Mrs. Mallard was fully aware that the life now was hers and hers alone. She was not obliged to satisfy or to please any human being except for herself. She cared less since no one in the society would dictate where she would step and what she would eat.

Moreover, the narrator describes Mrs. Mallard in a highly respectable manner “she carried herself unwittingly like a Goddess of Victory” (Chopin 1). This phrase is a symbol of success to Mrs. Mallard who would rather be happy than sad. She had been released from the bondage of imprisonment. She had not been given the opportunity to display her true self. She believed that she was living another person’s life because she had to follow the rules and regulations stipulated by her husband. It is as if she had been praying so hard for her husband to disappear so that she could be free. It is evident that marriage is not a paradise although many people admire couples. Mrs. Mallard is a representation of slavery, oppression and suffocation in marriage. Rather than the normal belief that two people who love each other come together to strengthen their intimacy and romance and be happy forever, the opposite is portrayed (Chopin 1). The society believes that it is healthy and more comfortable being someone’s wife, but Mrs. Mallard gives us a different picture. Marriage is a place where fighting for your rights is barred and that voicing your grievances is not allowed. The husband is to be worshipped and adored even when he is wrong. That is why Mrs. Mallard saw her husband’s death as a breakthrough to achieving what she had always wanted in life and attainment of freedom. 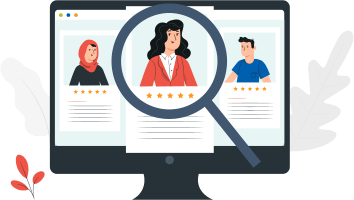 In the story, it is mentioned that Mrs. Mallard had a heart trouble. It is ironical that having troubles of the heart would mean some sort of sickness like cancer or heart attack by many people. But in reality, Mrs. Mallard was troubled by the fact that the desires of her heart would not be fulfilled. Her sister Josephine knew that the news associated with death should be delivered in a simple and sure manner because of her illness. Josephine breaks the news in a calculated and articulated manner so that she could not hurt her sister further. Mrs. Mallard reacted to the news by remaining indoors for several days, not because she was feeling lonely but she wanted to compose herself with the joy and freedom she knew had filled her world. It was so ironical for her to be happy while her relatives were saddened by the news, yet she was the one directly affected.

At the end of the story, we are told that Mr. Mallard emerges and to the shock of many including Josephine, he was nowhere near the accident and that he was not aware of such an occurrence. To Mrs. Mallard, this was a sad day because all the freedom and joy she had enjoyed while her husband was perceived dead was gone. She succumbed to shock and collapsed. The doctor’s findings were that Mrs. Mallard had died of a heart disease, her heart was broken by her husband’s reemergence leading to her death. It was expected that Mrs. Mallard would be happy after reuniting with her husband, but the opposite was witnessed (Chopin 11). She knew that he would overshadow her aspirations in life and that her fight for women in the society would never happen again. It is so ironical how some human beings do not appreciate the presence of their loved ones. Many people wish for the best for their spouses, although they do not give them space, but Mrs. Mallard was a unique individual. 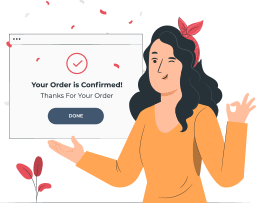 In conclusion, “The story of an Hour” was clearly written to serve as a tool to portray how women were not allowed to enjoy their right: freedom of expression. Marriage is an institution that everyone should be comfortable in, but from the story of Mrs. Mallard, suffocation is the order of the day. Women have no say in the society despite their knowledge and significant ideas. 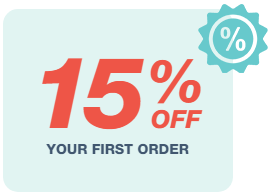